Do you remember the British reporter Ben Bloom who described the press conference of the German coach Borussia Dortmund live – Juergena Kloppa? There would be nothing unusual about it, if not for a serious problem. He did not know German. However, his report caused a sensation on the Internet. We undertake a similar challenge or describe JoomlaDay 2015 without unchecking our attendance list in Gdansk.

This is not one moment, but more 39 moments or let’s just say it for one long moment. The JoomlaDay program provided a powerful dose of knowledge this year and the speakers themselves are interesting personalities with whom he wants to talk also in the lobby. Michał Sadowski, who proved that everything is on the Internet, there were guests from outside Poland for example, Oliver from SEBLOD and of course Michał Trzepizur as a pillar of the X-anniversary Joomla which showed that you can manage 50 pages with only two hands. Most of the presentations were made available by the speakers themselves here.

It was impossible not to notice the blue hat that Joomla-Monster brought with, especially since Justyna Michallek was wearing it. The most energetic person from the entire organizer team.

It’s something new. Another proof for that Joomla connects. It is true that young fiancés so far coded in WordPress, but they promised that they would also deal with Joomla. Asi from Stukotu Pikseli and Miłoszowi we send huge congratulations from Częstochowa!

What happened at Hard Rock Cafe, stays at Hard Rock Café? Apparently, yes, because social media reports from the unofficial “night” part of the program are extremely scarce. In that case, we do not drill, but it’s worth praising the intriguing hashtag associated with it, namely #popjava.

A city worth visiting even when conferences are not organized there. The number of participants’ photos on the city suggests that it made an impression both during the day and at night. There was also probably a selfie with Neptun. Let’s finally say that we were not present in the physical version but the “Smarthost” brand went with each participant in the form of an annual code to one of our hosting packages. Check out the “base-www” version at smarthost.pl 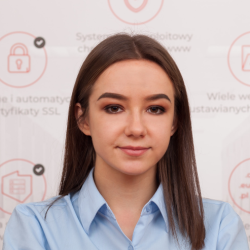